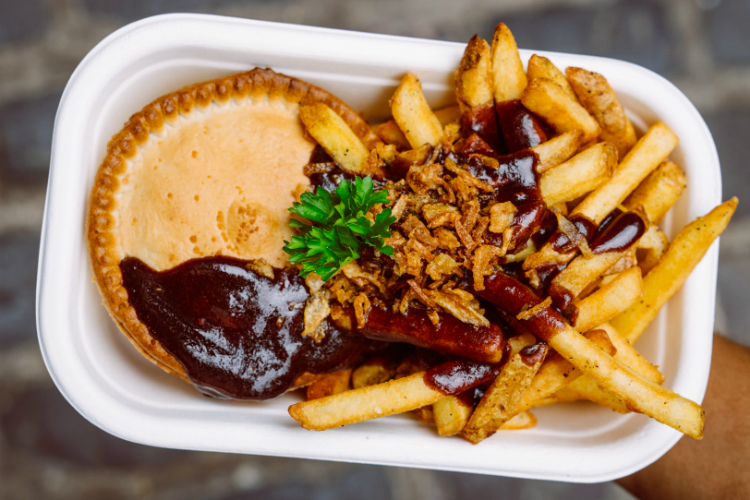 Vegan food is the top food trend of 2019, as shown by a survey by Nisbets that quizzed 850 chefs, catering managers, business owners, and kitchen staff. According to a report by research firm GlobalData, there was a 600% increase in people identifying as vegans in the U.S. in only three years between 2014 and 2017.  This has been true owing to reasons like health, weight loss, environment concern, animal welfare, food allergies and even taste. Since vegan food has taken the food industry by storm, let’s explore some of the finest vegan places to eat across various cuisines in San Diego.

Sattvik Foods (Miramar Rd): A unique culmination of various Indian cuisines with influences from America, Africa and China, Sattvik Foods is the epitome of vegan food in San Diego. According to Yogic culture, Sattvik diet consists of organic foods that are pure for one’s mind, body and soul. Their mouthwatering dishes include Amritsari Gobi Mattar (dish made of cauliflower and peas from the state of Punjab) and a sumptuous Chaat menu consisting of crispy Samosas and Bhel puri(puffed rice, vegetables, tangy tamarind sauce and Indian spices.)

Evolution Fast Food (Bankers Hill): This quaint restaurant is your go-to fast food place for vegan food. It has quite a name for its burgers, tacos, wraps, raw items, shakes, smoothies and desserts.

Kindred (South Park District): Kindred is a cocktail bar serving a variety of snack foods, vegan cheese, craft beer, tea, cold brew coffee, etc. It is known for jackfruit sandwich, savory crepe, french toast, tofu benedict, tacos with avocado, and curried fries. It is the place for psychedelic metal fans who would like a décor with skulls and demon wolf mascot.

Donna Jean (Fifth Ave): Known for vegan comfort foods, Donna Jean would serve you indulgent pizzas, handmade pastas and entrees such as Mac and Cheese and risotto. You can also grab brunch here on Saturdays and Sundays.

Ike’s Sandwiches (Multiple Locations): For sandwich lovers, Ike’s Sandwiches is the place to go. The two San Diego Ike’s outlets are open in Hillcrest and Point Loma. They offer a menu of mouthwatering sandwiches, including several vegetarian sandwiches that can also be made vegan.

Alforon (Rolando):  Alforon is one of the best Lebanese and Mediterranean places in San Diego. It serves meat as well as vegan food. You can choose from a plethora of vegan options like vegan kibbie, dolma, falafel, zaatar bread, and more.

NoW Sushi (Mission Blvd):  For sushi lovers turned vegan, Now Sushi is a great option. Vegan tempura shrimp (made from konjac, a starchy Asian tuber) is rolled with jalapenos in the Rocky while shiitake mushrooms.

Civico 1845 (India St): Civico 1845 is an authentic Italian place with a separate and dedicated vegan menu for both lunch and dinner. They offer an assortment of vegan options like Lasagna Romagnola, stacked with vegan Italian sausage ragut and vegan Parmesan.